The Flying Food project aims at rearing and eating crickets as a delicious, affordable and healthy solution for malnutrition. The project aspires to increase availability of tasty and nutritious food for low-income consumers in Africa. This large group often has a shortage on proteins, vitamins and minerals. Eating insects such as crickets provides a solution! The Flying Food project is based on a consortium between Kenyan, Ugandan and Dutch partners. It sets up a new value chain from rearing to processing, marketing and eating of crickets. Flying Food runs at the shores of the Victoria lake – the Nyanza region in Kenya and the Masaka region in Uganda. 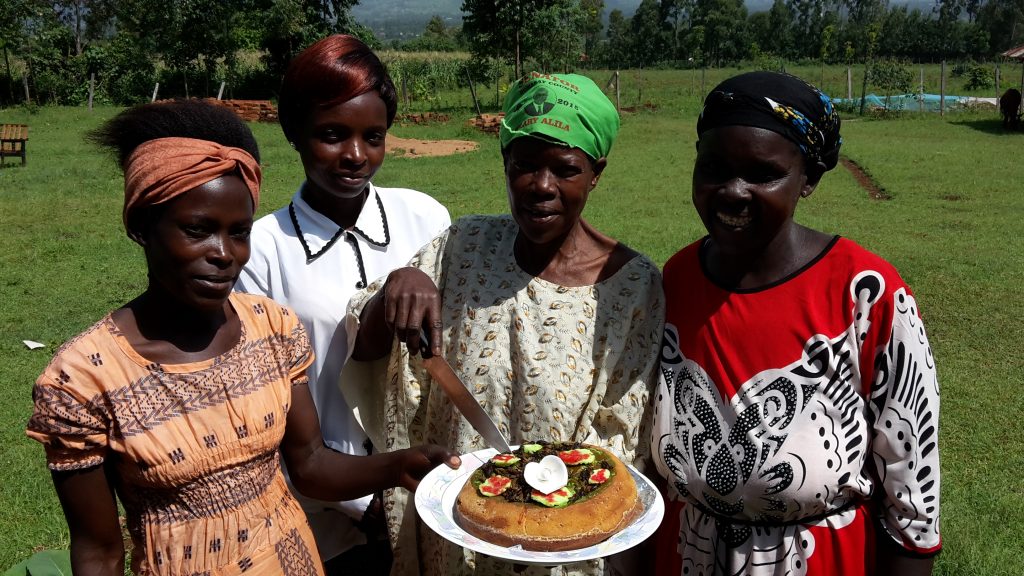 Inclusive businesses are based on a valid business model and includes the low income consumers into the value chain, as producer, salesman or consumer. The rationale behind inclusive business models is the 60% of the world population that lives below poverty level. This group represents a huge market potential. Using this potential to start new businesses will help those people help themselves.

In the Nyanza and Masaka regions widespread malnutrition prevails. In the Nyanza region (Kenya) the average caloric intake is less than the recommended 2100 kCal per day. Furthermore, the diet of low income consumers is generally not varied enough. Often the amount of micronutrients and proteins is insufficient. In the Masaka region (Uganda) on average the recommended 2100 kCal per day is reached, but differences between groups in the population are very large. In both regions, most people work in agriculture, mainly in smallholder based production systems. Production at farmers is too low to cover basic needs. The situation is worst for women, who have least access to key resources, education and training. Poor people living in these areas can afford fish or meat once or twice a week, where the most common protein sources are omena (a small fish), meat sauce and insects (if in season). The cheapest protein source in the area is omena, but to prevent exhaustion, fishing is only allowed part of the year. As a result, prices are increasing and the need for an alternative becomes more urgent.

Worldwide, 80% of the population is used to eating insects. There are over 1800 species of edible insects, ranging from beetles to bees, from grasshoppers to caterpillars. Insects are often caught from the wild and therefore only seasonally available. Furthermore, eating of insects is highly region determined – what is considered a delicacy in one region is seen as a pest in another. Flying Food will make crickets available year-round. Crickets are relatively easy to rear and are already consumed in large parts of Asia.They reproduce much faster than cattle and occupy far less space. Furthermore there is plenty experience in rearing crickets within the Flying Food team (Kreca / Nostimos). Crickets can be eaten whole (after cooking or frying) or processed as an ingredient in local food products. They are highly nutritious, containing a high amount of protein and micronutrients.

In May 2013 the project Flying Food started in which small scale insect rearing stations are set up at farms. The number will gradually increase to hundreds of rearing stations. When crickets production exceeds consumption of farmers themselves, two commercial centres of farmer collectives will be set up . They will process crickets to shelf stable products for the regular food chain thus reaching finally thousands of consumers. Cricket knowledge centres in Kenya and Uganda will guarantee knowledge transfer and stimulate further dissemination of the advantages of the cricket. Furthermore, the amount of commercial processing centres will grow depending on need inside and outside Kenya and Uganda.

The business model of Flying Food combines the common consumption of insects with inclusive business. Crickets will be produced by poor farmers, while also consumers are living at or below the poverty level. The reared crickets will be processed to products that will be available on local markets.

The impact of Flying Food will be: